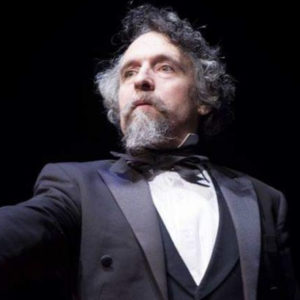 This year, the RCMP Heritage Centre is proud to host the Trial of Louis Riel production on its 56th anniversary. This production is the longest continuously-runninghistorical drama in North America. This historic moment in time is a piece of upmost importance to Canada’s history, of which the Centre wishes to offer the opportunity to share with Regina and its surrounding communities. The Trial of Louis Riel was written as a Centennial project in 1967 by John Coulter, and is based on the transcripts of the famous trial of Louis Riel in 1885 in Regina.

Tickets are available at the following rates:

From The Trial of Louis Riel: Justice and Mercy Denied, by George and Terry Goulet

No one who is familiar with the Riel saga is indifferent to the man. He is either revered or reviled, often on the basis of raw emotion rather than bare facts. Regardless of one’s feelings or perspective, Louis Riel was a remarkable personality whose life profoundly influenced Canadian society, politics, the founding of Manitoba and the rights of Western Canadians. His impact continues to this day and will continue in the future.

Riel was a natural-born charismatic leader and highly intelligent. He was elected to the Parliament of Canada on three separate occasions, while he was still in his twenties, but due to politics was never able to take his seat. His fascinating life combined the acme of success and the nadir of defeat, the sacred and the profane. To some, he conjoined fame and infamy; to others, he was an iconoclast who became an icon. To Riel himself he had a prophetic mission – to lead and champion his people, the Metis, in having their grievances remedied, their rights obtained, and their lives uplifted.

During the trial, Riel stated that ‘half-breeds’ (Métis) acknowledged him as a prophet. Although Riel may not have been the prophet of the New World, to many of his followers he as a messianic leader, one who would help his oppressed people. Riel is a symbol of the alienation that Western Canadians frequently feel as a result of the disregard or meddlesome policies towards the West of the Eastern-dominated federal government.

In October 2004, Private Bill C-216 entitled An Act respecting Louis Riel received first reading in the Canadian House of commons, with the purpose to reverse the conviction of Louis Riel for high treason and to formally recognize and commemorate his role in the advancement of Canadian Confederation and the rights and interests of the Metis people and the people of Western Canada. Much of the argument against the Bill may be based on the assertion that Riel was legally, fairly, and justly tried, convicted and sentenced to death for high treason and deserved to be executed. Yet many of the facts involved in the trial do demand careful reconsideration, such as:

Professor Gerald Friesen’s view, Louis Riel is “paramount” among “multicultural heroes.” Professor J.M. Busted has called Riel “one of our few mythic heroes.” The prominent Canadian journalist and author Peter C. Newman pithily stated that Riel “was one of our genuine frontier heroes”. On June 30, 1999, the results of a national survey to nominate Canada’s top 10 “heroes” were published in the National Post newspaper. The Dominion Institute and the Council for Canadian Unity conducted the survey. Louis Riel was among the top ten heroes selected. Professor George F.G. Stanley, an eminent historian (and incidentally the designer of the Canadian flag in the 1960s), referred to Riel as “A Canadian legend” and “our Hamlet, the personification of the great themes of our human history.”