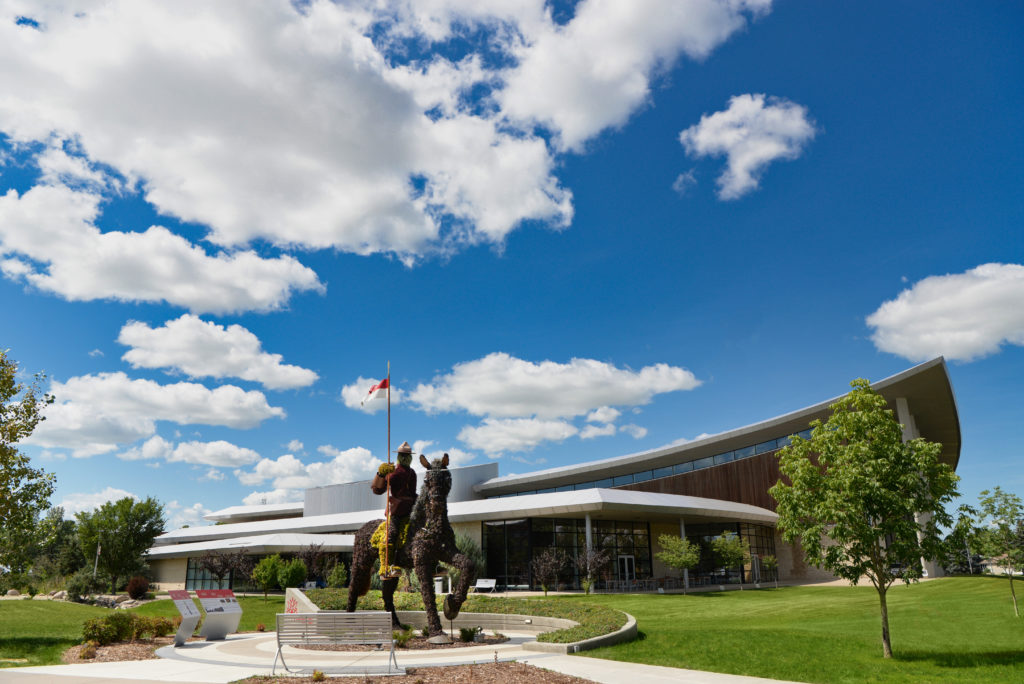 The RCMP Heritage Centre is dedicated to sharing the story of the Royal Canadian Mounted Police (RCMP), Canada’s national police force. Known informally as the “Mounties”, the Force is recognized the world over for its iconic dress uniform featuring the red serge tunic, Stetson hat, and high brown boots.

Guests of the RCMP Heritage Centre can experience both the historical and modern day stories of the RCMP through a variety of traditional and state-of-the-art exhibits, a virtual and augmented reality experiences, and live events. The Centre is located on the doorstep of RCMP Academy, “Depot” Division, where Mounties have trained since 1885. The Centre is operated by a non-profit organization. While it is not owned by the RCMP, it is supported by the RCMP’s Historical Collections Unit.

The RCMP Heritage Centre is located on Treaty 4 lands. Treaty 4 is home to the Cree, Ojibwe, Saulteaux, Dakota, Nakota, and Lakota peoples, in addition to being the homeland of the Métis Nation.