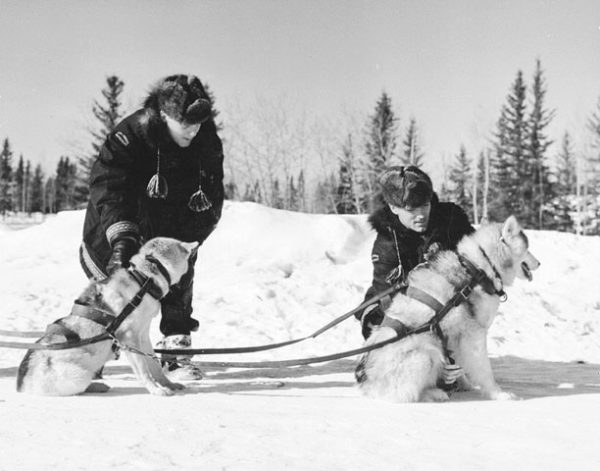 Blog: RCMP & Dogs in the North

While the RCMP didn’t start using police dogs until the 1930’s, the Force’s relationship with dogs dates back to the 1890s when the North-West Mounted Police first set foot in the North to assert Canadian sovereignty and maintain law and order.

Before the use of aircraft, the most reliable (and only!) way for the Force to serve isolated northern communities was by dogsled. The NWMP also hired First Nations and Inuit peoples to serve as Special constables – a practice that started during the Force’s March West in 1874. These Special Constables played a key role in helping guide the Mounties and acted as interpreters. This relationship with Indigenous people was especially important as the NWMP expanded into the Arctic.

The NWMP monitored the area with a system of winter dogsled patrols, bringing Canadian law to the most remote northern regions. The Inuit were an essential part of the success of these dog sled patrols. They assisted the Mounties whose tasks in these regions ranged from law enforcement to mail delivery.

The last dog sled patrol was made by RCMP Constable Warren Townsend from Old Crow, Yukon to Fort MacPherson in March 1969.